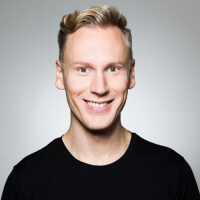 Get free learn to code tips

One of the first things you hear when you start learning about coding are programming languages. They may sound technical and it’s hard to get a proper overview of them as a beginner. There’s just too much jargon flying around, so it’s normal to feel confused at this point.

By the end of this part, you’ll know what programming languages can do for you, why there are so many to choose from, and how you’ll use them to build entire programs by coding.

What is a programming language?

The most important thing you should know about programming languages is this:

Programming languages allow us to communicate with computers through computer code.

Each programming language is simply a means to tell a computer what it should do. It’s a language your computer understands and knows how to process.

When you learn a specific programming language, it’s a lot like learning any other language. You need to understand how the language works and follow a certain set of rules, much like grammar in spoken languages.

Each language is different and you’ll use them for different types of projects. We’ll come back to this in a minute.

Why do we need programming languages?

Now, why do we need a programming language for if computers are so smart these days?

Why not just use plain English to tell your computer what it should do?

I mean, Siri does a pretty good job at fulfilling your wishes in English, right?

To get a better idea about why we need programming languages to communicate with computers, let’s consider a simple example: making an omelette. Yum!

If you wanted to give a computer a set of instructions on how to make a delicious omelette, you could write a list of the individual steps:

So these steps are pretty clear and well structured, right?

If you were making an omelette for the first time, you could probably follow these steps and end up with something edible on your plate at the end.

However, the steps written in English are very ambiguous and imprecise. Following them correctly requires heaps of skills and assumptions as of how to cook, for example:

Surely, we could keep adding additional points to our instructions to make them more detailed and specific.

However, even if you put plenty of effort into it, you would still end up with something ambiguous and difficult for a computer to understand.

So, we need a better, more efficient solutions for telling a computer exactly what it should do.

The steps of a process have to be told more precisely and without any ambiguity to our computer.

And that, my friend, is what we need programming languages for.

Computers only understand 1’s and 0’s

Now that you know we need programming languages to deliver our instructions to a computer without any ambiguity, there’s one more thing you should know…

You see, here’s the trick:

Therefore, in order to make a computer do what we want, we need a way to translate our instructions to a computer into electronic signals.

To be precise, there are only two types of signals you can give a computer: either “on” or “off”.

On a technical level, these signals translate into 1’s and 0’s inside your computer, called binary code.

When you put enough of these signals together, you have a computer program. And no matter how simple or complex a program is, it only consists of these two signals.

Hence, a single computer program can consist of millions of on/off signals. If you wanted to read and write your programs using only 1’s and 0’s, it would be awfully time-consuming. Also, the entire process would be extremely prone to errors.

Here’s where programming languages come to our aid. They help us work with code that is easier to write, read, and understand than simple binary code with just 1’s and 0’s.

If this sounds a tad too technical or confusing, don’t worry. You don’t have to understand all of this just now. For more details, check out my detailed article about how binary code works.

For now, just know that a programming language helps you write instructions to a computer without having to work on the lowest, binary level of code.

Thus, it saves you heaps of time when you can work with commands that resemble a spoken language like English.

When you think about learning a new language, you would need to learn new vocabulary and understand some grammar rules, right?

And that’s how programming languages work, too. They all have a unique set of rules that determine the structure and features you can use. Thus, the code you write looks a bit different in each programming language, even if it’s supposed to do the same thing.

The basic rules for writing code in a specific programming language is called the syntax.

Hence, each language has its own syntax. Depending on these rules, some programming languages are generally viewed as “easier” for beginners to learn, while others might feel more cryptic for a total newbie.

Why are some programming languages easier than others?

Depending on which programming language you learn, the code you write will look very different from pretty much every other language.

Some programming languages read a lot like English, making them easy to learn for beginners.

But others have a much more cryptic feel to them, meaning they’re more difficult to understand and master if you’ve never learned coding before.

Similarly, the more cryptic languages are called low-level programming languages, since they are closer to the binary code a computer understands.

If programming language paradigms are totally new to you, don’t worry about knowing everything about them.

Why are there so many programming languages?

When you start learning how to code, one big question on your mind is: Which programming language should I learn?

You have a bunch of markup and programming languages to choose from:

The longer the list, the more daunting it feels to know where to start. Trust me, I was feeling just as overwhelmed when I started teaching myself how to code.

But the truth is:

All programming languages serve the same purpose. They allow you to solve problems and build meaningful, useful programs and applications.

And quite frankly, it doesn’t even matter which programming language you learn first.

Since any language is simply a tool to build projects of your own, you should focus more on figuring out what you want to create with coding. Then, you’ll choose a suitable language to learn that suits the area you wish to specialize in.

This part of our guide is a lot to take in. If you feel like you don’t understand all of it fully at this point, don’t worry about it. You’ll learn everything step by step as you start writing your first programs later on.

Also, you’ll get a better overview of different programming languages and their uses in the following parts of the guide.

Here are the main take aways from this part of our Free Coding Guide:

In the next part of our guide, we’ll take what you learned so far about programming languages and look at how they serve different purposes in coding and web development.

More importantly, you’ll find out which programming languages you should learn when we go through the differences between front-end and backend development. 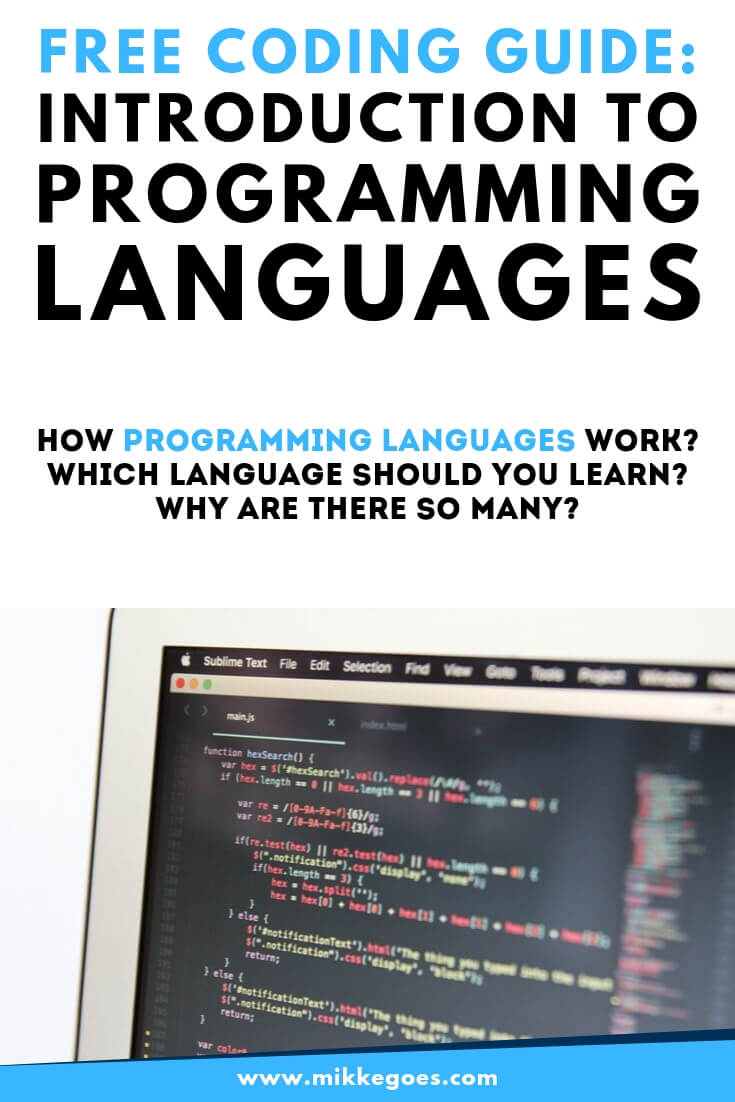 Hi, I’m Mikke! I’m a blogger, freelance web developer, and online business nerd. Join me here on MikkeGoes.com to learn how to code for free, build a professional portfolio website, launch a tech side hustle, and make money coding. When I’m not blogging, you will find me sipping strong coffee and biking around town in Berlin. Learn how I taught myself tech skills and became a web dev entrepreneur here. And come say hi on Twitter!